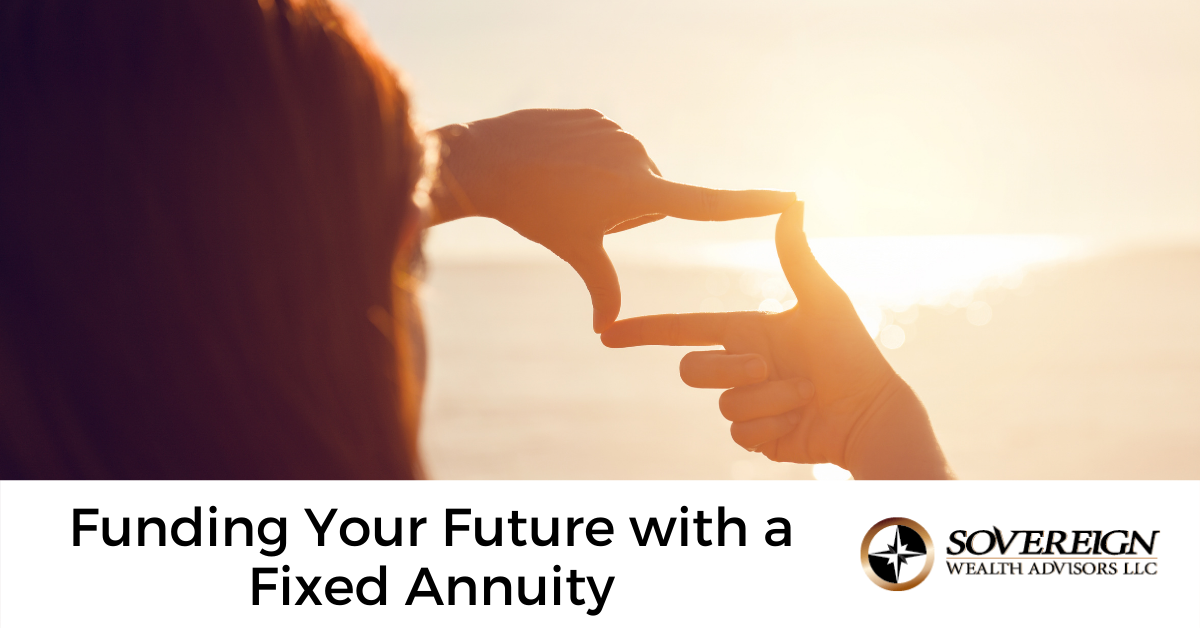 Funding Your Future with a Fixed Annuity

A fixed annuity is a contract between you and an annuity issuer, usually an insurance company. In its simplest form, you pay money to the annuity issuer; the issuer invests the funds and pays the principal and its earnings back to you or to your named beneficiary. What's fixed about a fixed annuity? The issuer guarantees (subject to its claims-paying ability) a minimum rate of interest on your investment and a fixed benefit amount if you elect to annuitize.

When is an annuity appropriate?

Annuity contributions are made with after-tax dollars and are not tax deductible. That's why it's often advisable to fund other retirement plans first. However, if you've already contributed the maximum allowable amount to other plans and want to save more toward your retirement, an annuity can be an excellent choice. There's no limit to how much you can invest in an annuity, and the funds grow tax deferred until you begin taking distributions.

Once you begin withdrawing from your annuity, you'll pay taxes (at your regular income tax rate) only on the earnings, since your contributions to principal were made with after-tax dollars. Like a qualified retirement plan, a 10% tax penalty may be imposed if you withdraw from an annuity before age 59½.

Annuities are designed to be very-long-term investment vehicles. In most cases, if you take a withdrawal, including a lump-sum distribution of your annuity funds within the first few years after purchasing your annuity, you may be subject to surrender charges imposed by the issuer. However, many companies allow options for withdrawals or distributions without incurring a charge. As long as you're sure you won't need the money until at least age 59½ and you understand the costs (including fees) involved, an annuity is worth considering.

Annuity contracts have fees and expenses, limitations, exclusions, holding periods, termination provisions, and terms for keeping the annuity in force. Most annuities have surrender charges that are assessed if the contract owner surrenders the annuity.
Investors should be aware that when they purchase a fixed annuity, they may sacrifice the opportunity for higher returns that might be available in the financial markets, and that inflation could reduce the future purchasing power of their annuity payouts.

Two distinct phases to an annuity

There are two distinct phases to an annuity contract: the accumulation phase and the distribution phase.

In the accumulation phase, you're putting money into the annuity. You can choose to pay your premiums in one lump sum, or you can make a series of payments over time. These payments can be of equal amounts made at equal intervals, or of variable amounts at irregular intervals, depending on the terms of the contract.

In the distribution phase, you begin taking money out of the annuity. You may withdraw some or all of the money in lump sums, or you may annuitize. Subject to the claims-paying ability of the issuer, annuitization provides a guaranteed income stream for either a specified period or for life.

How a Fixed Deferred Annuity Works 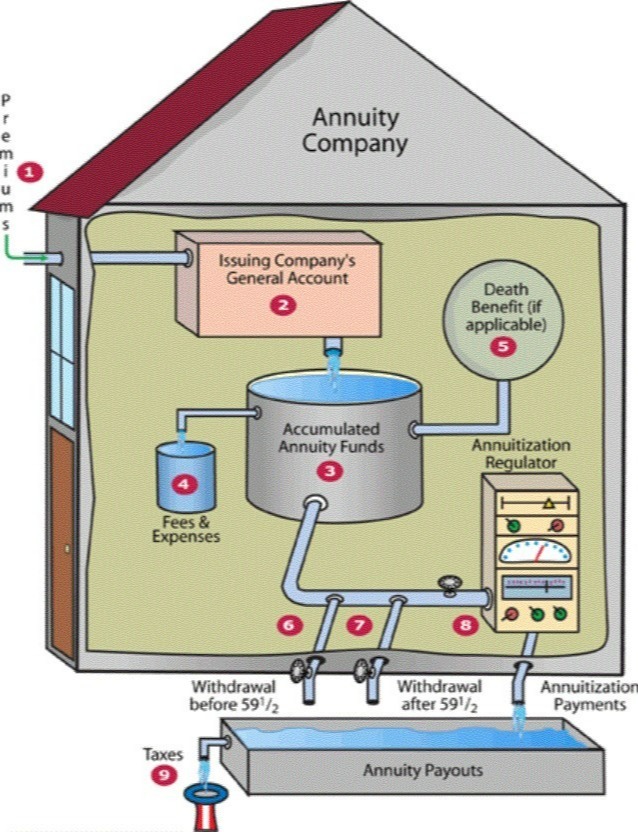 * These funds are invested as part of the general assets of the issuer and are therefore subject to the claims of its creditors.

Content in this material is for general information only and not intended to provide specific advice or recommendations for any individual. All performance referenced is historical and is no guarantee of future results. All indices are unmanaged and may not be invested into directly.

The information provided is not intended to be a substitute for specific individualized tax planning or legal advice. We suggest that you consult with a qualified tax or legal professional.

This article was prepared by Broadridge.